The mystery of Samarinda II airfield

The Samarinda II airfield was probably one of the most extraordinary places in the whole Dutch East Indies in 1941-1942. Before the war, the Dutch KNIL Army prepared a dozen of so called "secret airfields", to where the planes would be transfered in case of war, so that they wouldn't be caught on the ground and destroyed by a sudden Japanese air attack. The Samarinda II airfield was one of these airfields and it was located deep in Borneo jungle, between the towns of Longiram and Melak. 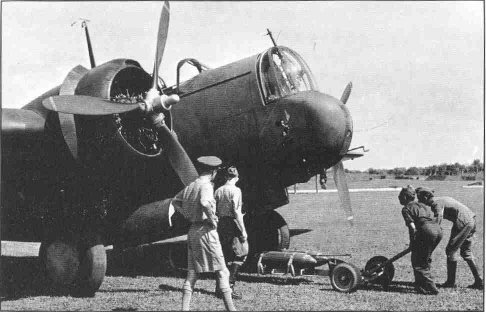 A Dutch Glenn Martin bomber is loaded with British bombs during the type's service in the Far East.


The Japanese Air Force discovered the Samarinda II Air Base on 24 January 1942. In the next days this air base was constantly attacked by Japanese Navy Zeros. They were welcomed by 5 Dutch Brewster Buffalos. Two Dutch Brewster Buffalos were shot down and both pilots killed. It is Interesting that one Japanese Navy Zero plane survived its crash at Samarinda II airfield almost undamaged, so that the Dutch pilots could inspect this famous Japanese fighter closely for the first time.

On 28 January 1942 two other Dutch Brewter Buffalos were shot down and the Dutch command agreed to evacuate this air base, but it was decided that the airfield garrison would stay there because USA had promised to deliver 1000 fighters!! Most of the KNIL troops were captured by the Japanese. There were however small parties that went to fight on in the jungle, but they were all overwhelmed and usually executed by the Japanese. The Japanese also payed the Dajaks (native people who were extremely violent towards the Dutch) to search for KNIL soldiers and to kill them.

After all this was over a small group of 15 KNIL soldiers from Samarinda II Air Base separated themselves from the main group to fight a guerilla war. This didn't exactly work out well. They were found in early June and all shot except two soldiers. In April 1942 they went underground with the Dajaks until they were turned over by the same natives to the Japanese. The Japanese let them live. The local representative of state in Longiram went inland with some KNIL soldiers, but they were soon forced to seek protection with the Dajaks. They turned them over and all were executed. In Samarinda four local representatives of state weee beheaded. The KNIL detachment in the city itself reached Samarinda II Air Base, but lost most of the native soldiers due to desertion.

The Japanese did not use the Samarinda II airfield, as the supply situation was very difficult (about 160 kilometers from Balikpapan through pretty difficult terrain). They did take that which was useful, and left a small infantry detachment to keep one landing strip cleared for emergency use.

The Japanese occupation of Pontianak, January 1942


The Japanese occupation of Tambelan Islands, December 1941
Some sources mention the Tambelan Islands in the Karimata Strait as the first bit of land of the Dutch East Indies Archipelago occupied by Imperial Japanese Forces on 27 December 1941. This remains, however, a bit dubious. Few other documents indicate that the first Dutch territory attacked was Terempa Island in the Anambas Group. It was the first step in a concentrated effort to eliminate the string of auxiliary seaplane support bases operated by Dutch Naval Aviation. According to these sources the Terempah Village on Terempa Island was heavily bombed and strafed by Japanese aircraft on 14 December 1941. Among the casualties were 40 dead, mainly Indonesian civilians and 100 wounded with a great deal of material damage. Much of the village was virtually destroyed. The remaining villagers were evacuated by the Dornier flying boats of the Naval Air Group GVT-3 to Tandjong Pinang in the Riouw Archipelago shortly afterwards.

The Japanese occupation of Pemangkat, January 1942
The town of Pemangkat was occupied by Imperial Japanese troops on 27 January 1942, after they had carried out an amphibious landing in the vicinity of the town.


The Japanese occupation of Ledo, January 1942
The town of Ledo was occupied by Imperial Japanese troops on 27 January 1942.

The Japanese occupation of Singkawang II airfield, January 1942
The Dutch KNIL Air Force had built a secret airfield near the town of Ledo, which is named in Allied sources as Singkawang II airfield. There had been stationed some Dutch air force units in December 1941, but they were soon, after the first Japanese air strikes, withrawn to Sumatra Island. The airfield commander was KNIL Air Force Captain C. Terluin and it had the following units on the airfield:
• 2-VI.G.I (Bomber Squadron) with 11 WH-3A bombers, commanded by KNIL Air Force Captain R. De Seneport Domis
• 1-VI.G.V (-) (Fighter Squadron) with 5 B-339D fighters, commanded by KNIL Air Force 1st Lieutenant A.A.M. Van Rest

The Singawang II airfield, located near the town of Ledo, was occupied by Imperial Japanese troops on 27 January 1942.

The Japanese occupation of Sintang, February 1942
The town of Sintang was occupied by Imperial Japanese troops on 16 February 1942. In the city was stationed a Stadswacht Detachment (unknown strength).

There had been no real rapport between the imposing Dutch and various indigenous people of Borneo, although organised with the view of colonial exploitation, this did not allow for the pride and dignity of the many tribes involved. Dutch Borneo was better administrated than Sarawak, but the government organisation, limited as it was, took slight notice of the customs and lives of the local people.

During the Second World War when the Japanese military moved into the area there was an uprising at Putussibau in central Borneo, near the Sarawak border, and the local people murdered the Dutch administrator. Lieutenant Davijd, of the Royal Netherlands East Indies Army, was stationed at Sintang on the Kaupas River, west Borneo, and went to the troubled region under orders to rectify the unrest.

He sorted out the problem at Putussibau and on returning received the bad news that Dutch troops had capitulated to the Japanese. He refused to surrender, went back to Putussibau with three European Non-Commissioned Officers and a civilian. There during mid March 1942, Lieutenant Davijd formed a guerilla group and held out at Putussibau for three difficult and desperate months.

By the end of June the Japanese sent a force of 200 troops against the tiny stronghold, Davijd, seven men and two women escaped, intending to cross a high mountain range and arrive on the east coast of Borneo 270 miles away. As the journey came to the source of the Mahakam River the ten refugees heard that Samarinda had fallen to the Japanese.

Lieutenant Davijd moved his minuscule column back to the upper reaches of the Kaupas River, where they settled down until October. Then the party was set upon by Punan Dayaks, killing all the men and bringing two women prisoners, plus the lifeless bodies of the men, to the Japanese occupying Putussibau.

Here, in an example of Japanese unpredictable behaviour that one warrior should show to another, the dead men were buried with full military honours. And so ended one Dutch attempt to, not only carry out guerilla operations, but to escape from colonial Borneo now occupied by an imperial Asian force.


The Japanese occupation of Sampit, March 1942
The town of Sampit was occupied by Imperial Japanese troops on 6 March 1942.